WhatsApp, Instagram and Facebook have gone down in several parts for the world, users reported on Monday evening.

All three apps are owned by Facebook and run on shared infrastructure.

"Sorry, something went wrong. We're working on it and we'll get it fixed as soon as we can," a message on the Facebook website said.

We're aware that some people are experiencing issues with WhatsApp at the moment. We're working to get things back to normal and will send an update here as soon as possible.

Thanks for your patience!

The website downdetector.com, which tracks web services, also reported a sharp spike in complaints by users. 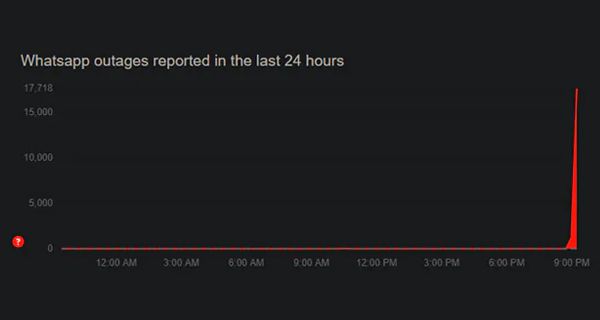 Reports on DownDetector.com showed the outages appear to be widespread, but it's unclear if it impacts all users or just some locations. It's not currently known what's causing the outage.

In 2019, a similar outage lasted about an hour. Facebook said that outage was caused by a technical issue