Veteran broadcast journalist Paul Adom Otchere has been nominated by President Akufo-Addo as the Board Chairman of the Ghana Airports Company Limited.

Also, the current embattled managing director for the company Mr Yaw Kwakwa has also been retained by President.

The appointment letter, sent to the Transport Minister and signed by Chief of Staff Frema Opare, was dated August 30, 2021. 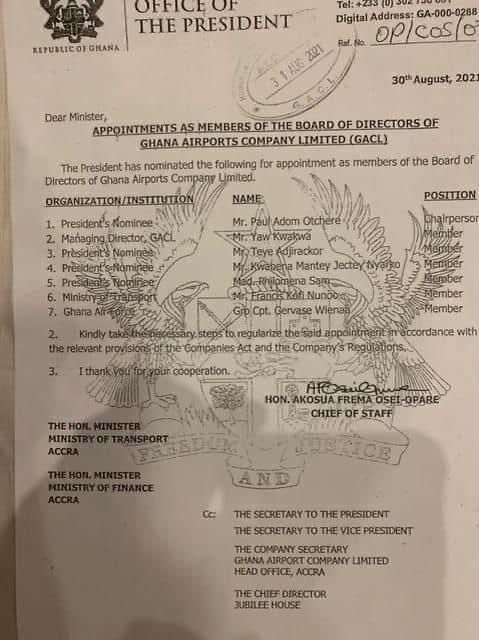 The appointment comes barely a month after the staff of the company agitated over alleged mismanagement, internal procurement breaches and welfare management issues demanding the removal of Managing Director.

The workers demanded the immediate release of their locked-up deductions for Staff Welfare, Insurance, Credit union, and SSNIT benefits.

The demand followed a physical assault of a worker by the Managing Director for the company Yaw Kwakwa during a staff meeting over their 13-month arrears.