The deal, which has the option of a third year, is subject to a medical.

The 34-year-old Argentina captain left Barca – the only club he has ever played for – as they were unable to afford a new deal under La Liga's financial fair play rules.Mauricio Pochettino's PSG finished second to Lille in Ligue 1 last season.

"It's all been confirmed. Lionel Messi is going to be a PSG player," Balague said on BBC Radio 5 Live. "That's it, it's done. It's happened in the last few minutes.

"His idea was to do it at Barcelona but it's going to be PSG. Then if he feels OK he will stay one more year maybe. But in any case his aim is to be at PSG and then to do well in the Qatar World Cup." 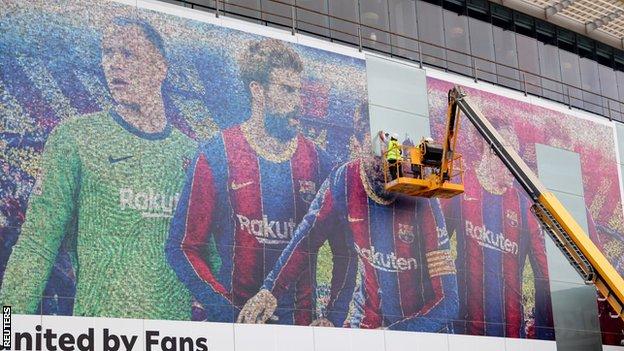 Considered one of the greatest players of all time, Messi scored a record 672 goals in 778 games for Barca, the club he joined as a 13-year-old.

He won the Ballon d'Or a record six times and lifted 35 trophies with the Catalan club.

The signing of Messi – who would be reunited with former Barca team-mate Neymar at the Parc des Princes – is one of the most noteworthy captures in football's history.

He will play in a front three alongside the two most expensive players of all time – Neymar and Kylian Mbappe.

Unless there are any late hitches, he will become PSG's fourth free-transfer signing this summer after the arrivals of Netherlands midfielder Georginio Wijnaldum, Spain defender Sergio Ramos and Italy goalkeeper Gianluigi Donnarumma.

PSG are yet to win the Champions League in a decade of Qatari ownership and subsequent heavy investment, with the 2020 final defeat against Bayern Munich the closest they have come.

Balague said: "Clearly what PSG's ownership want is a team that is in the Champions League final every year.

"With Messi you have an advantage. Pochettino being in charge and his contract being renewed as well means they have an idea how to do that and Messi will complement that.

"They will win the league, that's almost a given now, even though they lost last season. It will be a less competitive league which means he will be fresh of course, or should be, for the Champions League campaign."

Messi had agreed a new deal – on 50% of his old wages – to stay at Barcelona but the club could not afford to implement it because they were so far above the wage limit allowed by La Liga.